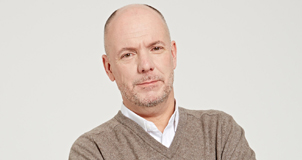 In this session, we’re joined by Guy Davies, Commissioning Editor of Factual at Channel 5. Prior to this role, Guy was Head of Documentaries at ITN. He was Senior Executive Producer at Wall to Wall from 2007-2009 and was a freelance Executive Producer for three years working for a range of companies including Blast! Films, Darlow Smithson, Firecracker and Wall to Wall, working for BBC, ITV, Channel 4, Channel 5 and Discovery.