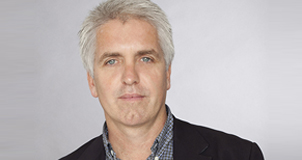 In this session, we’re joined by Andrew O'Connell,VP Development and Production at Discovery Channel and Discovery Science.

Andrew is an experienced television executive who has worked with the UK’s leading broadcasters. In his current role he is responsible for working with UK independents looking for the next generation of factual series for the USA Networks. He was recently a commissioning editor in the Factual team at ITV. Commissions included: When Ant And Dec Met The Prince: 40 Years Of The Prince's Trust, Sugar Free Farm, Life At The Extreme and Heathrow. Prior to that he spent four years at Channel 5 as Head of Factual where he commissioned shows including Paul Merton’ s Adventures, Extreme Railways with Chris Tarrant, WW1 Tunnels of Death, Trauma Doctors and Royal Navy: Caribbean Patrol. Andrew was also responsible for the News and Current Affairs output for the channel. As a Commissioning Editor at Sky One he was responsible for developing and extending the Ross Kemp brand. Ross Kemp on Gangs and Ross Kemp In Afghanistan were multi award-winning series.
Before commissioning, Andrew spent 10 years as a freelancer working on shows like House of Obsessive Compulsives, The Gambler; Soldier Town; Black Box – The Death of Flight TWA 800 and Hungerford: Ten Years On.