The COVID-19 pandemic has impacted all of our lives, but how are Pact members adapting? We’ve asked them to share their lockdown lessons and reflections on where the industry might go from here. 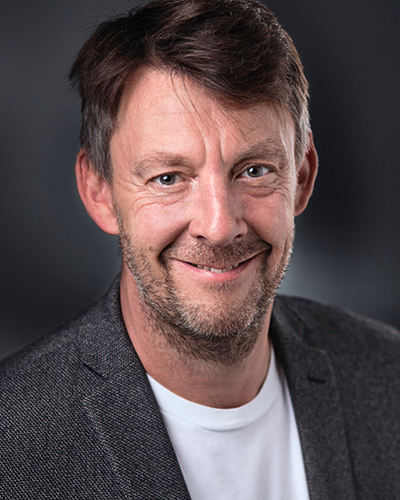 Nick Betts has over 25 years’ experience in the TV industry, first joining the BBC in 1994 as Commercial Manager for BBC News and Current Affairs. He held various roles at the BBC and BBC Worldwide before moving to UKTV as Head of Channel Management before being promoted to Commercial Director. After a stint at NBC Universal as Managing Director of Channels he returned to the BBC in 2007 as Head of Commercial and Business Development. Nick moved on to Controller of Business for BBC Drama, Films and Programme Acquisitions, before becoming Managing Director of Scripted for BBC Studios, a role which he held up to January 2019.

In January 2020, Nick launched The Lighthouse Film & Television – a new drama production company – with fellow industry veterans Hilary Salmon and Radford Neville. The company is now backed by Sky Studios and has a number of scripted projects in development.

I think there is a really collaborative sense of purpose amongst indies and broadcasters that I hope will leave a lasting legacy.

How have you adapted to working from home and what does a typical day look like?

I’m working fairly standard office hours and doing plenty of video calls to keep up with the team, commissioners, writers, agents, etc. Days have tended to be fairly packed so far, but it is great to be able to take the dog out for a quick walk or tidy up the garden during a gap in the diary. Work and home lives are definitely blurring!

What one thing about working in the industry are you missing most in lockdown? And what are you not missing at all?

I really do miss the face to face contact. Everything feels a bit more formal on Zoom – especially when you are building rather than maintaining a relationship. I’m definitely not missing the commute and, funnily enough, industry events like Edinburgh and MIPCOM.

How are you running your team and keeping up morale whilst you’re all working remotely?

It's been an interesting time to launch a company – the whole team has not been physically together since we launched in April. But on the other hand, we are in a really exciting phase on the lookout for exciting new projects to broaden the development slate. We spend a lot of time discussing projects, ideas and strategy which I think has been really energising for the whole team.

As a business leader, what has been your biggest challenge during the crisis?

The whole company set up has been done online – from recruitment to setting up pensions, company insurance schemes and service contracts. The crisis has slowed some companies down so it has taken us longer than it probably would have done otherwise, but we got there in the end.

I’m not convinced we’ll ever be doing five days a week in the office unless the demands of production make us re-think.

Have there been any surprise benefits to the lockdown?

Saving money. Fortunately The Lighthouse hadn’t signed a lease pre-lockdown so we have been spared the pain of paying for central London offices that we aren’t using. And the expense claims are non-existent!

Have you made any changes to the way you do business during the crisis that you plan to continue beyond it?

I think lockdown has made us realise that it is possible to keep the business moving along remotely although we have missed that face time with our colleagues – both creatively and socially. I’m not convinced we’ll ever be doing five days a week in the office unless the demands of production make us re-think.

How have you had to adapt your business strategy in light of the on-going impact of COVID-19?

We would be remiss not to assess the business and the programmes we are developing in light of the current crisis, but we are also trying not to turn the ship in a completely different direction – especially as none of us know what the future really holds. We are looking at our slate in terms of production complexity – where it could be filmed, scale of production, etc., to see if there could be any easy wins to get us up and running quickly in the short term.

What’s the best piece of career advice you’ve ever been given?

My first ever boss in TV told me not to get boxed into a career path and he was absolutely right. The variety of roles I’ve done over the years has bought so many benefits - I’ve been constantly challenged, have learned new things and met new people in every role I’ve ever done.

I’m not convinced there is a need to go back to the levels of international travel that everyone got so used to.

What films and TV series have been helping you get through the lockdown?

It’s a long list, but things that have really stuck in my memory include I May Destroy You, Euphoria, Succession and The End of the F**king World.  My guilty pleasures have been Tiger King and quite a lot of 24 Hours in A&E.

What or who in the industry has inspired you most since the pandemic began and why?

Given the quite catastrophic impact on productions and the economics of the industry at large, I’ve been really impressed how everyone has pulled together to get the show back on the road. I think there is a really collaborative sense of purpose amongst indies and broadcasters that I hope will leave a lasting legacy.

What lasting change do you hope we might see in the industry after this crisis is over?

I’m not convinced there is a need to go back to the levels of international travel that everyone got so used to. Whether it's programme markets, festivals, award ceremonies or pitch meetings, there are ways and means to do all this whilst being kinder to the planet and the bank balance.

Pact would like to thank Nick for taking the time to answer our questions.