The 2019 Pact UK Television Census reveals that independent TV production sector revenues reached over £3 billion (£3.004 million) in 2018, their highest level to date and up over 40% since 2008.

Over the past year, international revenue grew by 20% to £962 million, an increase of over 90% since 2013. This growth was primarily driven by a 28% increase in primary international commission revenues totalling £704 million in 2018.

Pact Chair, Sara Geater commented: “These figures show that despite the challenges that indies face domestically, there is still a huge international market looking for quality British content. Indies large and small should make use of Pact’s fantastic resources, such as the Export Accelerator, to ensure they are taking advantage of all of the international opportunities available to them.”

The annual Census helps us to build a robust and representative view of our sector, so that we can further identify key long- and short-term trends to inform our thinking for the year ahead. We would like to thank all the Pact members who sent a response this year, enabling us to carry out this important work.

Read the Census in full: 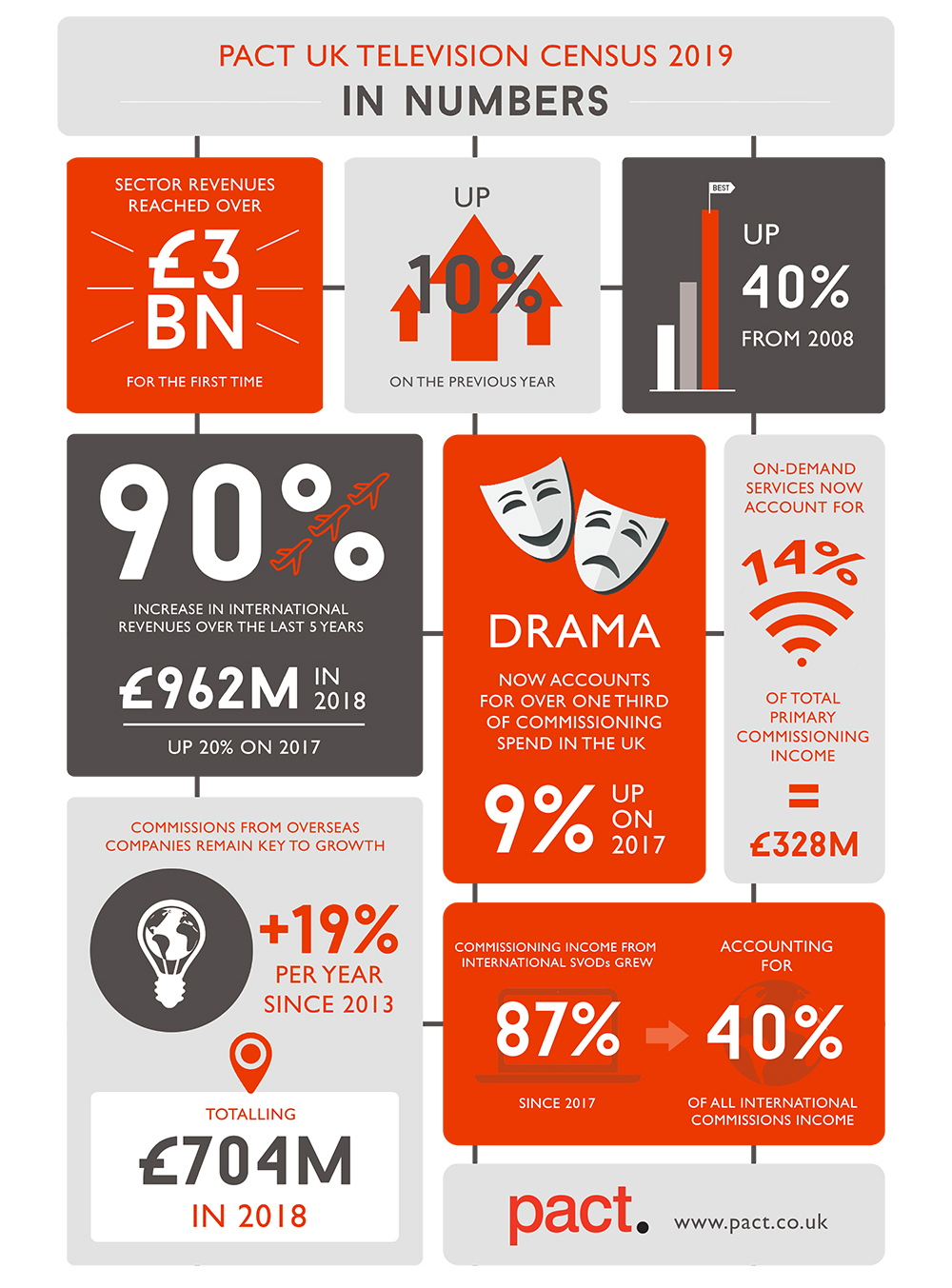