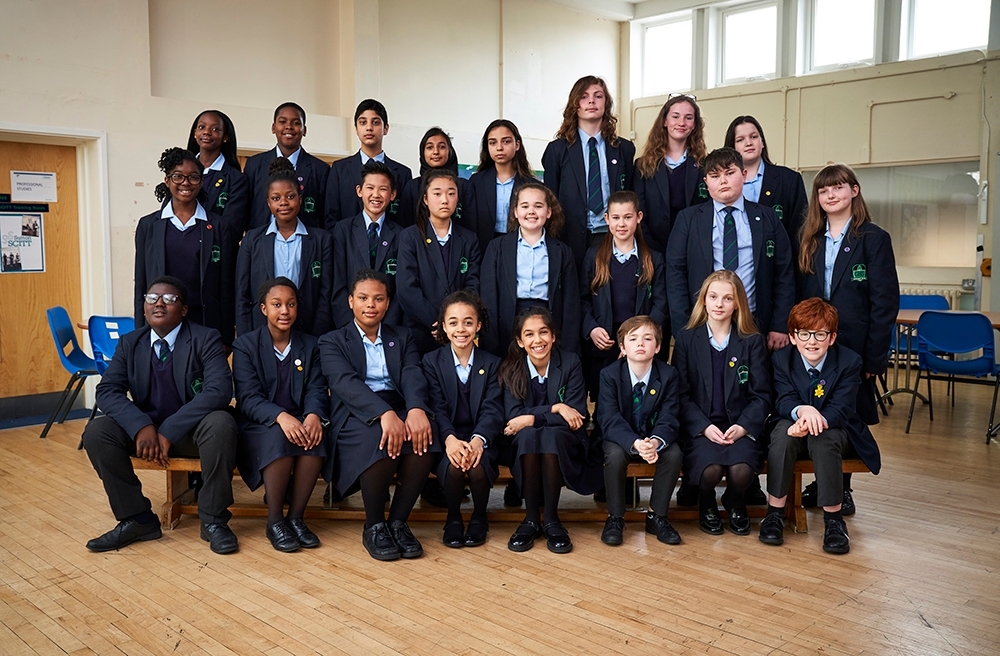 The School That Tried to End Racism is a ground-breaking 2-part series following a pioneering British school as it tries to help its students uncover and eradicate hidden racial biases.

Made by Pact member company Proper Content for Channel 4, it sees an ordinary class of 11 to 12-year-olds take part in a series of activities – inspired by similar programmes from American schools – designed to challenge everything they thought they knew about race. It explores how unconscious racial bias can affect us all, and how we can tackle it.

Founder and Creative Director at Proper Content, David DeHaney first came up with the idea when he read about Mariama Richards, who used affinity groups to tackle unconscious racial bias in US schools.“That’s when I got really enthused about creating something here in the UK.”

During the series we witness just how challenging the process of confronting their own racial biases is for the children. But what starts out as discomfort and confusion gradually transforms into greater understanding and empathy over the course of the show, providing plenty of emotional moments.

The 2-part series was commissioned by Lucy Leveugle (formerly at Channel 4, now with Netflix) and Alf Lawrie, Channel 4’s Head of Factual Entertainment, and was originally scheduled for broadcast in September. But recent global events led to its transmission date being brought forward. “During the fallout of the George Floyd killing, I got an e-mail from my distributor saying that a lot of international producers are asking if they can broadcast the tape, that shocked me into action to speak to Channel 4.” Episode one will be broadcast on Thursday 25th June.

The format rights have been snapped up by Banijay and there has already been a lot of interest from the international market, particularly across Europe. Many countries are also buying the UK version to screen in their territories.

When asked if he was surprised by the level of international demand for the series, David responds: “Absolutely, when I was fishing for a distributor to partner with during the Indielab programme over a year ago, I initially presented the usual type of formats from our slate that you’d imagine the international market to gobble up: property shows, dating formats, that type of thing. But interestingly Banijay and a few others focused in on The School That Tried to End Racism and a single about mental health.

The series is lightly formatted which helps, but (the distributors) talked about there being a lot of interest in subjects with strong social purpose that look at global issues, that can be replicated.

After MIP (pre-coronavirus pandemic), I remember meeting my distributor and he presented me with a spreadsheet of all of the territories that were interested in the format and the tape sale: it was their joint most popular factual title.”

Time will tell whether this eventually translates into significant sales, but the format has already sold into one big European country. David has also had a lot of conversations with international producers, including in the US, so it looks promising considering the programme has not even been transmitted yet.

The subject matter is certainly timely, as countries and companies are being challenged to reflect on their own track records on racial inequality, with the film and TV industry no exception. “I fully support what was said in the open letter last week, having been around long enough to witness so many false dawns and, although well-meaning, the previous schemes, practices and initiatives' progress has been too slow. There have been a few success stories who’ve made their way to decision making positions, but not enough. When I look over my shoulder, I struggle to find the next wave coming though."

It’s impossible to change people’s mindset and have a voice, or indeed have that voice taken seriously, if you’re not in the room. The only way to get in the room is a combination of investment alongside strategic commitment and no excuses.

Both the BBC and Channel 4 have been quick to respond with public commitments to do better, including a £100m investment into diverse content at the BBC. Does David think these things will make a difference? “I think the new commitments look promising, a long time coming and will make a difference. But let’s wait and see how this shakes down, it looks good in the announcements and from what I’m hearing from commissioning from some broadcasters, but when we get past some of this tumult, then we’ll be able to assess the effectiveness.”

Before founding Proper Content in 2017, David held senior positions in some of the UK’s leading production companies, including Love Productions, Firecracker and Nutopia. So what has been the key to his own career success? “That’s fairly straightforward I think; I came into the industry about 25 years ago, but I couldn’t afford to support myself in London on newcomer wages. So I had long stints in Birmingham, Liverpool and Manchester at a couple of big companies where I learned the ropes and worked my way up the ladder."

"This gave me a real good grounding, so when I came to London, I landed a good job in a top production company and have been able to work continuously on projects I’m motivated by ever since. I made sure I was good and had all the right skills, before jumping in at the deep end and focusing on prime-time productions. Then a combination of persistence and determination have helped me sustain.”

So what does David hope will be the lasting impact of The School That Tried to End Racism here in the UK? “I’d be interested to know if other schools would consider folding some of the exercises into the curriculum.  The school where we filmed the experiment is making it part of their Personal, Social, Health and Economic education (PSHE), so that’s a promising start.  The Channel’s ambition is to see this rolled out across the country, so let’s wait and see.”

Pact would like to thank David for taking the time to answer our questions.

The School That Tried to End Racism will be broadcast on Channel 4 on Thursday 25th June and Thursday 2nd July. 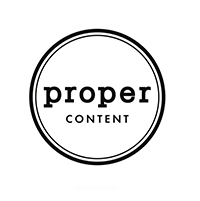 David is the Founder and Creative Director of Proper Content. He launched the London-based indie in 2017 and produces entertaining programmes with social purpose. Highlights include Suicidal: In Our Own Words for Channel 5, Shame in the Game for BBC3 and The School That Tried the End Racism for Channel 4.

He is also an award-winning Director and Executive Producer who is responsible for numerous hit series and important documentary films. He has held senior positions in some of the UK’s leading production companies, including Love Productions, Firecracker and Nutopia.  He has been a Grierson Trustee since 2014.