You are invited to join Pact for one of our pre-Realscreen webinars with senior broadcasters in the run-up to the Realscreen Summit 2019, which takes place in New Orleans from 28th to 31st January... 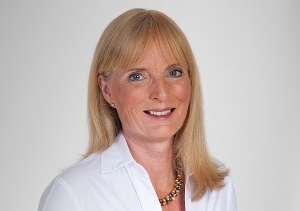 Kristina Hollstein is responsible for the acquisition and coproduction of documentaries for ZDF, 3SAT, ZDF-ARTE and the digital channels ZDFinfo and ZDFneo.

Kristina studied information sciences and economics in Sarrebruck, Paris and Spain, and obtained her doctoral degree with a thesis on film financing and funding in Germany and France. In 1988 she began working for an independent film production and distribution company in the field of programming, coproduction and development.

She joined ZDF Enterprises in 1996. For 15 years she has been responsible as Director of Documentary Coproduction and Development for the international coproduction and development of documentaries for ZDF and ZDF Enterprises. In this function, she has been involved in about more than 3000 hours of programming, thereunder any high-end projects that have been acclaimed around the world and were coproduced with international partners such as National Geographic, Discovery channel, BBC, Channel 4, France Télévision, ORF, ARTE, S4C and others. Since 2013 she is responsible for the acquisition and coproduction of documentaries for ZDF, 3SAT, ZDF-ARTE and the digital channels ZDFinfo and ZDFneo.