In the first of a new series of interviews with Pact members, in which we ask them some deep - and some not so deep - questions about their personal and professional lives, we hear from Julie Baines, founder of Dan Films. 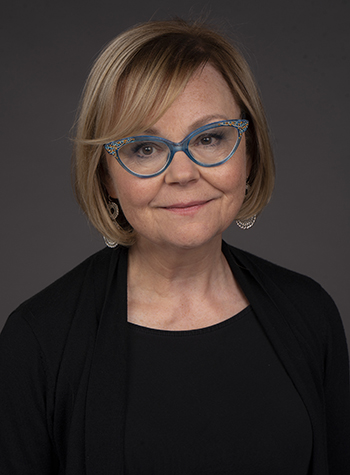 Since setting up her company in 1994, Julie has established herself as a leading figure in both British film and international multi-party co-productions. She has developed and produced a diverse range of projects and has worked with esteemed directors including Nicolas Roeg, Michael Winterbottom, Peter Bogdanovich and Deepa Mehta.

Julie is committed to supporting new talent and regularly mentors emerging directors and producers, such as Christopher Smith (Dir., Creep, Triangle), and Cassandra Sigsgaard (Prod., Nina Forever, India In A Day). In 2014 she was awarded the prestigious Argonon Contribution to the Medium Award by Women in Film and Television, and is currently in post-production on Four Kids and It, a feature film adaptation of Jacqueline Wilson’s novel which stars Matthew Goode, Paula Patton, Sir Michael Caine and Russell Brand.

I literally had the whole cost of production in one go. I thought I was hallucinating when I first saw it in the production bank account. But then I opened the champagne...

Are you a morning or night person?

I’m normally a morning person, but when I am closing the finance for a film I have to be both. Financiers and co-producers always seem to be in different time zones. I once had a closing call with 23 participants in the UK, two time zones in Australia, New Zealand and LA. Crazy.

What's the best investment you've ever made, either financial or time?

Acquiring the rights to the novel Four Children and It by the fabulous Jacqueline Wilson.

What’s the luckiest break you’ve ever had?

Having the whole budget for a film in the bank before we started shooting. All too often we are scratching around for cash to keep going even into the shoot because the financing hasn’t closed and then there is a cashflow schedule which limits the amounts you draw down. I literally had the whole cost of production in one go. I thought I was hallucinating when I first saw it in the production bank account. But then I opened the champagne...

What person – living or dead – do you most admire?

Avocado on toast or Full English?

Full English …. maybe with some avo on the side. No black pudding though.

What’s the best piece of advice you’ve ever been given?

Actually there are two pieces of wisdom I try to abide by. Check, check and triple check… when you don’t, that will be the time when it all goes pear-shaped. And never pretend you know something when you don’t. It will become obvious.

Which of your daily habits reveals the most about your character?

This is a really difficult question. I don’t know …. reading the newspaper on the bus to the office? There... that’s two habits.

Describe what a producer does in three words:

What did your biggest professional setback teach you?

Describe your work/life balance in a word:

Where do you go to relax?

The cinema, where else?

What TV programme or film do you most often recommend to other people?

Recently – Chernobyl. The best work I’ve ever seen on television.

Tell us something about yourself that your colleagues don’t know:

A couple of years ago, I took up boxing. I was berated in my first lesson for punching too hard. I’m only 5’2 but don’t let that fool you.

If you could go back to the beginning of your career, what piece of advice would you give to yourself?

Be more confident. You are as good as the next person.

Find out more about Julie and her work on the Dan Films website.

If you would like to feature in The Person Behind the Producer, please e-mail membercomms@pact.co.uk.